Cherry blossoms, called “Sakura”, are “national flowers” of Japan, and have become one of symbol flowers of spring.

And also, cherry-blossom viewing party, called “Hanami”, has been widely known as Japanese spring tradition in the world.

People said “Hanami” is a unique Japanese culture because a lot of participants sit under the cherry blossom trees and celebrate the coming of spring with drinking.

This culture is similar to a European style “Picnic” but a little bit different.

The difference of these two is that “Hanami” is a celebration of the coming of spring, but “Picnic” is close to people lifestyle like “It’s lovely weather today, so Let’s go out for lunch.

Form a global perspective, many countries ban it outside of restraints.

Japan is one of the few countries where people can enjoy drinking in the public space with all Japanese you don’t know.

That’s one of the reason, many tourists visit Japan to enjoy viewing “Sakura” and joining “Hanami” in recent years.

In “Manyoushu” that is a collection of poems, many works of famous Japanese poem about “Plums” are introduced than about “Cherry blossoms”.

“Manyoushu” is one of the most historical books published around 770-780 (Nara period) and use a season word like “Plums” symbolizing spring.

This means “Plums” are more popular than “Cherry blossoms” in Nara period.

However, in Kokin Wakashu, which was also the collection of poems published in 905 (Heian period), the numbers of “Cherry blossoms”-themed poem had become more than “Plums”-themed poem.

It is said that the culture of viewing “Cherry blossoms” and writing Japanese poems inspired from them spread among nobility in Heian period.

According to this history, it is thought that this culture is the origin of modern type of “Hanami”.

Nobility held the party for admiring the beauty of “Cherry blossoms” and competition of Japanese poems.

In the Heian period, cherry blossoms are considered “gorgeous, beautiful and noble flowers and trees” like women.

For that reason, “Murasaki-no-ue” who is a heroine in the most famous romance fiction ”The Tale of Genji” of the Heian period is called like “Mrs. Cherry blossoms (Kaba-zakura-no-kimi)” and was depicted as the ideal woman.

Birch cherry blossoms (Kaba-zakura) are not brilliantly blooming like “Somei-yoshino”, but like “Yama-zakura” which is neat and elegant.

As mentioned above, “Kaba-zakura”, “Somei-yoshino” and “Yama-zakura” are one of the cherry varieties in Japan.

As a policy, Each successive “Tokugawa Shoguns” planted cherry blossom trees along rivers and mountains to increase the number of cherry blossom viewing spots.

In addition to that, it is said that the varieties of cherry blossom trees had improved and increased at this time.

Presently, more than 100 kinds of cherry blossom trees grows naturally, and the type of cherry trees as garden plant has become more than 300 kinds in Japan.

However, it is very difficult to identify more than 300 types of cherry blossoms.

Therefore, I am writing about “Representative varieties of cherry blossom tree in Japan” and “How to identify them” in this article.

When it comes to arrange the representative varieties of cherry blossom tree in the order of blooming, “Edo-higan-zakura” blooms firstly in early spring.

After that, “Somei-yoshino”, “Yama-zakura” and ”Oshima-zakura” bloom in order in early April.

The points to identify the kind of cherry after the flowers fall are their leaves and bark.

It is common for them to have sharp leaves and “honey glands” at the base of the leaves.

These “honey glands” attract ants and protect themselves from pests such as caterpillars.

Moreover, their bark is dark brown or dark gray, and “Yama-zakura” has the bark with a cut in horizontal direction.

“Somei-yoshino(染井吉野)” – The most Planted in Japan –

Therefore, it is the closest cherry blossom for people living in Tokyo.

“Somei-yoshino” can be identified by fact that it blooms before the leaves grow, and the color of the flower becomes light pink immediately after blooming and gradually becomes white.

”Cherry blossom trees” are very sensitive trees as shown in the following proverb in Japan.

As mentioned above, cherry blossoms are vulnerable to dryness and sea breeze, and it is said that the shape of the flowers is not beautiful in cold areas.

For that reason, “Somei-yoshino” are mainly planted in eastern Japan.

If you find cherry blossom trees, you can check the health of them by “how many flowers are blooming” for one bud while referring to the following list.

In some famous places of viewing “Somei-yoshino”, you can watch 3 to 4 flowers usually, but in well-managed places, 4 to 5 flowers bloom per one bud.

In the Edo era, “Somei-yoshino” was found in the Izu Peninsula, which was naturally crossed with “Edohigan-zakura” as a father and “Oshima-zakura” as a mother.

The first person who found it was a gardener at “Somei” village in Edo, and named it “Yoshino Sakura”.

However, “Yoshino Sakura” was renamed as “Somei-yoshino” in 1900 because its name is easily confused with “Yama-zakura” of Mt. Yoshino in Nara.

“Somei-yoshino” is an endemic species he found, and all of them in Japan were planted currently from it by grafts and cuttings.

Therefore, there is no individual difference among all “Somei-yoshino”, and they bloom simultaneously when flowering conditions are met.

That’s why there is “cherry blossom front” in Japan.

“Somei-yoshino” begin to blossom in mid-January, when the maximum temperature is below 45°F for a certain period, and they head for blooming all at once.

“Yama-zakura” is a representative of Japanese cherry blossoms that grows commonly in the forest of western Japan.

Arashiyama in Kyoto and Yoshinoyama in Nara are known as famous for “Yama-zakura” spot, and they have been deep relationship with Japanese people for a long time.

In the past, people used to know the coming of spring by blooming cherry blossoms and begin the new year of rice cultivation.

Additionally, more than 300 garden varieties are crossed with “Yama-zakura”.

The way to identify “Yama-zakura” is that its bark is dark brown and with a cut in horizontal direction.

Moreover, reddish-brown young leaves sprout together with the flowers blooming, and this is the different way from “Somei-yoshino”.

“Yama-zakura” cherries grow in the summer, but being too better to eat.

Its autumn leaves are famous for being more beautiful than other garden varieties.

In this way, “Yama-zakura” entertain us by changing its appearance every season.

“Edo-higan-zakura” blooms more firstly in spring than other varieties.

It is called “Edo-higan” or “Azuma-higan” because it blooms around early spring called “Higan”.

“Edo-higan” grows naturally in the south part of “Honshu” in Japan.

Most of the trees have light pink flowers, but some of them having white ones.

In addition, “Edo-higan-zakura” is the longest-lived cherry tree, and some are over 1,000 years old.

Also, “Edo-higan-zakura” has cherries like “Yama-zakura”, and they are characterized by taste of strong acidity.

Furthermore, the bark peels off more like persimmon trees as the years go by.

”Oshima-zakura” grows naturally in the Izu Peninsula and Izu Island in Japan, and is famous for its leaves used for “Sakuramochi”.

”Oshima-zakura” can be categorized by its leaves sprouting together with the flowers blooming.

In addition, it is easy to identify that its bark is dark-brown and its flowers have a scent.

Furthermore, 5 flowers bloom per one bud and the color is white in common.

Among this generic variety, “Kanzan” is a representative species.

Its pink flowers are larger than the others and double-flowered.

It is considered to be a variant of “Oshima-zakura” and the flower blooms later than other cherry blossoms.

In addition, it is characterized by not bearing cherries.

The feature is that a deep red flower blooms and hangs down before the leaves sprout.

Same as “Edo-higan-zakura”, the flower blooms early than the others, so it’s also called “Higan-zakura”

“Taiwan cherry” grows in the south part of Japan and it has become wild in Okinawa prefecture.

Because of its vivid red color, the language of flowers is “glossy beauty”.

It is named “Choshi-zakura” because it blooms in a cylindrical shape similar to “Clove(丁子)”, a native of Maluku Islands, which is a raw material for spices.

“Choshi-zakura” is a cherry tree that grows naturally in Honshu and parts of Kyushu, and is characterized by small flowers.

Its cherries ripen black in August and become sweet and edible.

The leaves, branches and calyces are bright green, and the color of the flowers is pure white.

Because it grows naturally on Mt. Fuji and Mt. Hakone, it is also called “Fuji-zakura” or “Hakone-zakura”.

“Ukon-zakura”, “Ukon” meaning of turmeric, is a kind of “Sato-zakura” and the color of the flower is the only “pale yellow green” in cherry blossoms.

The name is derived from the similar color of turmeric and its flowers.

In addition, the name of “Ki(Yellow)-zakura” that is famous for Japanese “sake” refers to this “Ukon-zakura”.

However, “Ukon-zakura” are difficult to be identified because it becomes white over time and eventually turns pink.

“Fuyu-zakura”, “Fuyu” meaning of winter, is a cherry tree that blooms from autumn to winter, and is also called “Koba-zakura”, “Koba(小葉)” meaning of small leave, because its leaves are small.

Because of blooming in the spring, “Fuyu-zakura” blooms twice a year.

Therefore, compared to other cherry blossoms, it flowers bloom sporadically.

From these points, it can be identified from other sakura.

Same as “Ukon-zakura”, “Fuyu-zakura” is commonly planted in Japanese garden.

Heart & Soul of the Japanese

Cherry blossoms, called “Sakura”, are “national flowers” of Japan, and have become one of symbol flowers of spring.

However, It is a mysterious tree that is rarely in the spotlight except when it blooms.

When the cherry blossom front passes and spring, which was crowded with people who enjoy cherry-blossoms at “Hanami” spots, is also over.

In addition, the flower language of “Fuyu-zakura (winter cherry blossoms)” that blooms brilliantly in the clear winter sky is “Cool”.

For this reason, the flower language expresses the Japanese mind that changes the way people view flowers in different seasons.

Thank you for taking the time to read all of “[Sakura] Representative Varieties of Cherry Blossom Tree in Japan”.

I hope this “Woody News” will help you and become interested in Japanese traditional culture, crafts and history.

“Woody News Japan” also posts valuable information about Japanese nature, forest and trees on Facebook and Twitter for all of you. 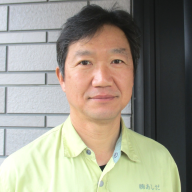 Thank you for reading "Woody News Japan". I’m the CEO of forestry company, ”Ashida Corporation" in Kyoto, Japan. I started to introduce the appeals of Japanese nature, forest and trees to people all over the world from 2021 because the 2021 Tokyo Olympics will be held soon. I hope this site also help you become interested in Japanese traditional culture, crafts and history. Moreover, I hope you will come to Japan after refer to this site.